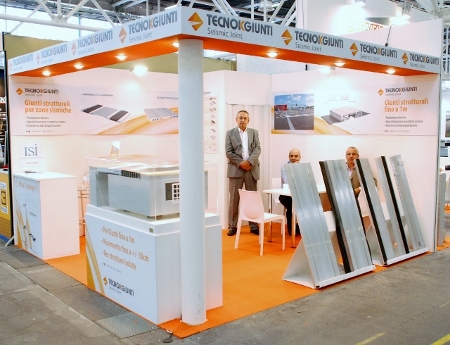 Tecno K Giunti presented at Saie 2013, its range of structural joints, expansion joints, seismic joints and fireproof joints. The meeting with the designers and contractors has highlighted the interest in advanced systems, able to respond to the real requests of performance and movement of the joints of the Italian seismic construction.