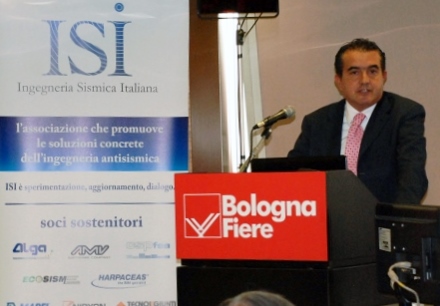 It was held on Friday October 18 to SAIE the conference “Classify the seismic vulnerability of buildings”, organized by the Italian Earthquake Engineering (ISI), of which Tecno K Joints is Sustaining Member. During the conference, which was attended by Undersecretary Rocco Girlanda representing the Ministry of Infrastructure and Transport, was announced the formation, by decree of the Minister Maurizio Lupi on 17 October, a working group “to the proposition of one or more normative documents for the classification of seismic risk of buildings”.
Prof. Gian Michele Calvi, Full Professor in IUSS Pavia, illustrated a hypothesis method for the realization of such a classification.

Tecno K Joints Italian company leader in the production of structural joints, seismic joints, expansion joints, has always supported the activities of ISI, in the specific case of this conference to certify the safety and sustainability of the real estate, promoting economic development.