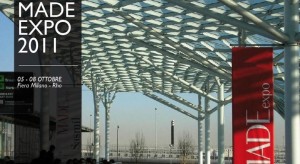 Tecno K filed its range of expansion joints at the International Exhibition MADE Expo 2011 in Milan with great success at its own box.

The new driveway expansion joints of the latest generation have attracted a great success. They guarantees outstanding performance with a smaller footprint and a further improved design.